10 FACTS YOU MIGHT NOT HAVE KNOWN ABOUT EL GRECO

10 FACTS YOU MIGHT NOT HAVE KNOWN ABOUT EL GRECO 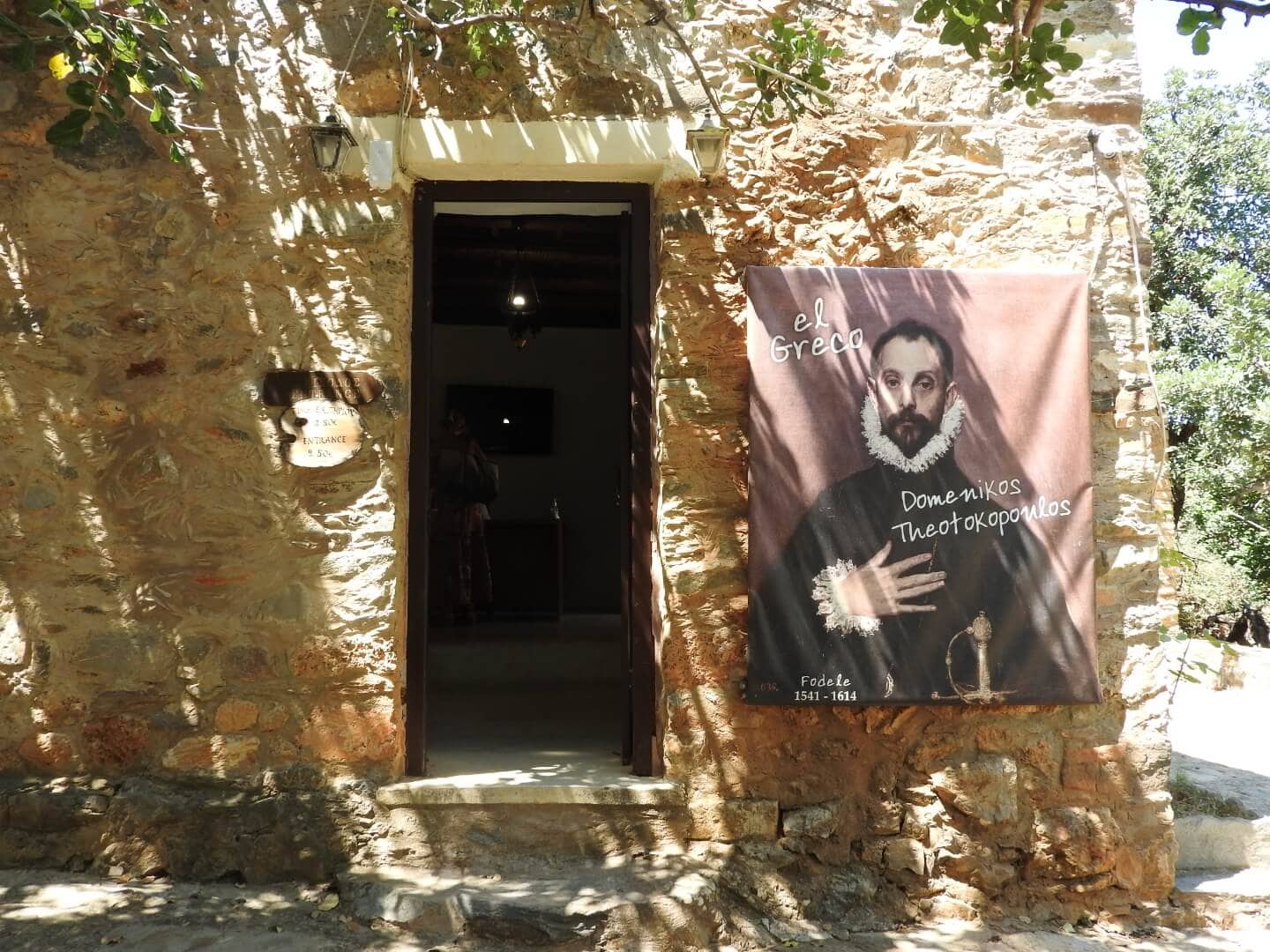 During these crazy days, when we’re all trying to navigate our lives through the repercussions of C19, The mind has a need to drift away to beautiful places. Here at my gallery on the ocean front in old Jaffa, the blue waves and the scent of salt in the air takes me back to Greece.

So today, I’ll take you with me to get inspired by one of history’s greatest artists.

Born almost 500 years ago on the Greek island, Crete. Here are 10 facts you might not have known about El Greco:

1. Born in 1541, under the name Doménikos Theotokópoulos, he received the nick-name El Greco (Meaning “The Greek” in Spanish) only later in life.

His paintings were signed in his birth name in Greek letters.

2. While El Greco and his family were Orthodox Greeks, he was known for his paintings of roman catholic characters and scenes. In his will he described himself as a devout catholic.

3. He gained his initial training at the Cretan School and was considered a master by the local painter’s guild by the age of only 22.

4. El Greco’s work is known for his long human figures, unusual body compositions, tormented facial expressions and emotional gestures. He would use unorthodox materials for paint and bright colors and was considered odd and rebellious, since he did not imitate the conventional religious painting style of his era.

5. El Greco was known for his outspoken and blunt opinions.

He openly mocked Michelangelo’s painting abilities to the point of approaching Pope Pius V, and offering to repaint over Michelangelo’s “Last Judgment” in the Sistine Chapel, and to update it to the more modern techniques of the time. As a result, El Greco suffered great criticism from the roman art world, and it is believed this is why he left Rome.

6. In 1577 El Greco moved to Spain and settled in Toledo. It is there that he started to get some recognition and had work flow in, though feeling like he is not being paid enough for his work, he got into several legal disputes over his earnings.

7. El Greco’s unusual family life wes not well accepted in Spain, as he never married his life-partner and mother of his only son.

8. El Greco’s most well-known painting is “The Burial of the Count of Orgaz”. The painting portrays the burial ceremony of the count as his soul rise to heaven. The bottom half of the painting shows the grieving burial party, in which he embodied his favorite poets, scholars, religion-men and himself as well.

9. At the time, El Greco was considered too original to belong to any existing art movement. In fact, he was ahead of his time and originated future art movements such as cubism and expressionism. We can still find his influence in the work of artists like Picasso and Cézanne.

10. El Greco died in Toledo in 1614. He was not recognized as a Master by the art world in his time. It was only in the late 19th century that his impact on the art world was recognized and today he is known as one of the most influential artists in history.

If you get to visit Crete, I recommend visiting the village El Greco was born in. About a 30 mins drive from Heraklion you will discover an authentic stone-house museum in the home that shaped this great artist. The path to the house will make you feel like you are inside a painting’s view.

Inspired by the ocean. This is my Art Piece of the month

From my signature series – Colors Of Life

This unique series is about the dynamic path of life.

Every day something new happens to us, Every day we

get to see the world in a new color and through different emotions.

At the end of every period in life, all the colors we experience merge into

one harmonious frame to represent our experiences.

Such are the colors of life.

to create a bright, thick texture and an ever-changing visual depth.

*Special thank you to Talia S.T Hassid for her help writing this post. 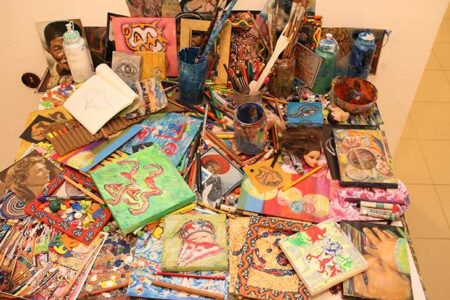 Things I learned from mother Dalia the artist

The Salons for displaying art

Things I learned from mother Dalia the artist

The Salons for displaying art

Coronavirus Effect on The Art World

ART AND HISTORY IN JAFFA PORT 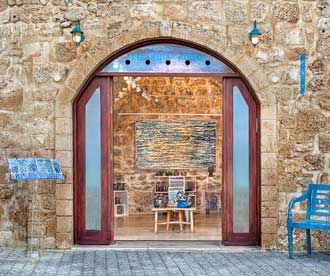 “This is the power of merging between creation,
love and the ability to express it into art every morning”